The History of Coquitlam 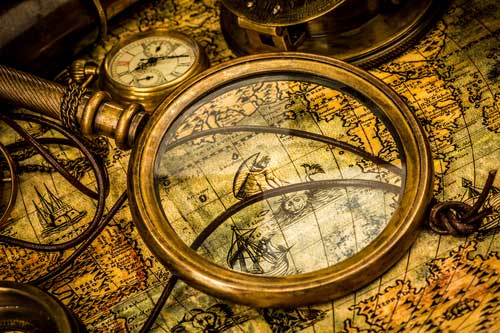 Coquitlam, as you may already know, is a city located in the Lower Mainland of British Columbia in Canada. It is a suburban town and the sixth-largest city in the province. It is also one of the 21 smaller cities that make up Metro Vancouver. It was the Coast Salish people who were the first one to live in the city. According to the archeology confirm signs of the occupation of the territory for at least 9,000 years ago. The name of the city came from the word Kwikwetlem which derived from a Coast Salish term pertaining to “red fish up the river” in honoring the importance of the salmon in the abundance of their culture. It is known that Kwikwetlem people have lived between the Fraser and Coquitlam rivers.

In 1808, Simon Fraser passed through the region, but the European settlement took place in the 1860s. The city of Coquitlam started with the construction of North Road during the mid-19th century – this will serve as easy access for the Royal Engineers located in New Westminster for the year-round port facilities in Port Moody.

The first economic boost of the young municipality happened in 1889 when Frank Ross and James McLaren opened a Fraser Mills worth $350,000 and involve lumber mill placed on the north bank of the Fraser River. In 1891, the District of Coquitlam was incorporated. Moving to 1908, 20 houses in the mill town, a store, post office, hospital, office block, barber shop, and pool hall had risen around the mill. Come the next two years, representatives of French Canadian mill workers came from Quebec then Maillardville was created. It was named after Father Edmond Maillard who is a young Oblate from France. It later became the largest Francophone center known in the west of Manitoba. Today, Maillardville’s history is seen in street names to honor the senior pioneers of local redevelopments which also reflect the French-Canadian heritage.

Right after the World War II, the area experienced a significant population in growth which is evident until today. In 1953, the opening of Lougheed Highway paved a way to the growth in the number of the city’s population. Coquitlam and Fraser Mills joined together, giving the city a larger industrial base. Today, the mill is now closed and rezoned into a residential area. During the mid 1980’s the early saw more real growth as trades people like DJ Plumbing moved – visit https://www.djplumbing.ca/ for more on the company!

The early years  were recorded as the settlement of agriculture. In 1891, the growth was noted as steady and slow. Time passes, and the use of French language in British Columbia has lessened as time goes by. It was still heard in streets and at home located on the south slope of the town.

The history can be quite intriguing and exciting, and there could be a lot to uncover from the books and from the local residents themselves. It is best to pay a visit and have a first-hand experience. If you want to learn more about the City, you can head and check their official website and discover more than just the history.